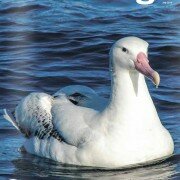 The May 2016 Edition of our In-Flight Magazine Flamingo is online, click here to read and download it. 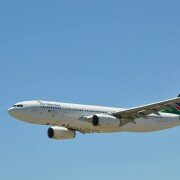 Air Namibia informs the travel trade, esteemed clients, passengers and other stakeholders that its Air Operator Certificate (AOC) has been extended.

“The AOC was extended late Monday afternoon, and our business operations continue as normal. I further wish to assure our stakeholders that we are doing everything possible to attend to pending matters with the Directorate of Civil Aviation, which we have agreed to during this extension period, and we commend the DCA for the cordial work relationship between our institutions”, commented Mr Rene Gsponer the Acting Managing Director of Air Namibia.

Air Namibia takes this opportunity to thank all its customers and passengers for their continuous support. Friday, 30th May 2014; Air Namibia wish to inform its passengers, trade partners and stakeholders that the Cabin crew strike has been suspended.

This is as a result of the agreement that was reached late Friday afternoon by the Namibian Cabin Crew Union (NCCU), and Air Namibia Management to continue addressing matters of concern by its employees internally through a consultative process. This brings an end to the industrial action which commenced during the early hours of Friday 30th May 2014 .

The suspension has given the Air Namibia Management and the Namibian Cabin Crew Union (NCCU) more time to negotiate in order to reach an amicable solution that will benefit both parties and help the company realise its long term strategic plans.

Air Namibia would like to inform it passengers that its flight schedule will return to normal effective Saturday 31 May 2014.

In conclusion, Air Namibia would once again like to express its sincere appreciation and special thank you to its flying public and shareholders for your loyal commitment and support. Windhoek, 18th March 2014:  In line with our strategic objectives of strengthening our network and increase access to more markets, Air Namibia is focussed on expanding its presence and reach in Europe. The recently launched campaign aims to offer its customers “one-stop” air connectivity to the rest of Europe, apart from Frankfurt, Germany, where the airline currently operates a direct flight from Windhoek.

Air Namibia operates 6 flights per week between Frankfurt and Windhoek during low season, and 7 flights per week during high season which starts from July to end of November each year, and these are serviced using the two brand new Airbus A330-200 aircraft. The A330-200 comes in a two class configuration of 30 business class and 214 economy class seats. Business Class seats offer a full flat bed, with individual monitors and video on demand while economy class seats also have individual monitors with video on demand.

Air Namibia is currently actively promoting the greater part of Europe, including countries such as Russia and Turkey as well as the Middle East and the Far East. We are also looking at offering connectivity to other key German cities apart from Frankfurt.

Hence, effective 1 Dec 2013, an “airline to airline” commercial partnership agreement was concluded and implemented between Air Namibia and Lufthansa..

“This agreement enables traffic to feed and de-feed (traffic exchange) at Frankfurt between Lufthansa and Air Namibia with a convenient ‘one stop’ connection to more than 63 cities in Europe, including big cities in Germany on one issued ticket by Air Namibia,” Masule adds.

The move should be a welcome relief to travellers from Windhoek wishing to visit cities in Europe and vice versa as all other options for travel between any European destination and Windhoek involves either a minimum of two stops or at least a leg to be served using a train journey, which is long, inconvenient and time consuming.

“Europe is now more accessible and convenient than ever before. Air Namibia gives passengers access to multiple cities within each European country on a one ticket and one stop journey,” Masule concluded.

With its new alliance Air Namibia offers one-stop connectivity to the following countries; 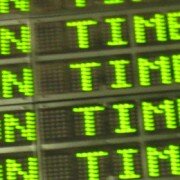 Air Namibia is pleased to announce that for the past six months we have recorded a very good On-Time Performance (OTP), reaching over 93% OTP in some months.

On-Time Performance is known in the aviation industry as the “holy grail” by which airlines are compared and measured.  In most customer surveys that have been performed worldwide, passengers rate airlines according to price and then OTP.  Passengers always want to know that the airline they choose to fly will get them to their destinations on time.

The newly-appointed Chief Operation Officer (COO) of Air Namibia, Rene Gsponer, had this to say:

“Air Namibia is serious about significant improvement on its operational performance and financial sustainability. As the graph below shows our On-Time Performance for the past 9 months has been above our target of 90% this is a commendable achievement for Air Namibia and we have seen an equally positive response from the market in terms of ticket sales and positive feedback.

This has been made possible by a number of factors: the recent recapitalisation of the airline by the GRN has provided the airline with state-of-the- art aircraft which has ranked the airline as one of a few airlines with the youngest operational fleet in the world  resulting in much more reliable aircraft with an improved technical dispatch reliability. Adding-on is the improved  financial stability of the airline allowing normal operations possible and hence our ability to generate improved revenues coupled with many other initiatives.

We wish to thank the Namibian public and in particular the flying public for their forbearance, understanding and support as we went weathered by our challenges during the past year and we thought we should share this good news with them.

We at Air Namibia are very excited and encouraged by our improved operational performance and we are grateful to our shareholder,  travel trade partners and ultimately you the paying customer (passenger) for the continued support.

I encourage the IOCC and all role players to maintain the current OTP momentum and to work towards beating the high standards we have set – to become a best-in-class airline, Mr Gsponer concluded”

OTP is calculated by taking the percentage of flights delayed by more than 15 minutes of the total number of flights performed by an airline in a particular month.  The industry standard is measured on flights that are delayed by 15 minutes or more. Departure delays shorter than 15 minutes are usually made up in flight and the aircraft still arrives at its destination on time.

Air Namibia is proud of the strides it has made to address the challenges we have faced in the past concerning OTP, now our aim is to continue providing the best air transportation.