News
You are here: Home / News / Press Releases / A lifetime in Aviation

Joining the aviation industry at a youthful age of 21 and spending most of his lifetime at Air Namibia, Martin said that he will always be grateful and indebted to Air Namibia for being part of his life. Filled with mixed feelings, he said: “Although this employment has occupied most of my life, it has empowered me to be a responsible manager, mentor and friend. I have acquired business acumen skills, invaluable experience and of course, I have been able to provide for my family. In a nutshell, this opportunity has made me a better person in life.”

In his final words, Martin said: “I will miss my Air Namibia family, more especially my colleagues at Ondangwa, and the friends I have made over the years. But closer to the heart, I will miss the beautiful landing and taking off of our aircraft.” “As I go on

retirement, I would like to wish the company all the best with its current and future plans.”

Adv. Samson extended words of appreciation to Mr Martin on behalf of the national airline; “Air Namibia would like to extend our best wishes to Martin in his new endeavours. Martin will be greatly missed by the passengers and colleagues alike. We have all benefited from his hands on proactive approach and management style. Air Namibia wishes Martin a happy retirement.” 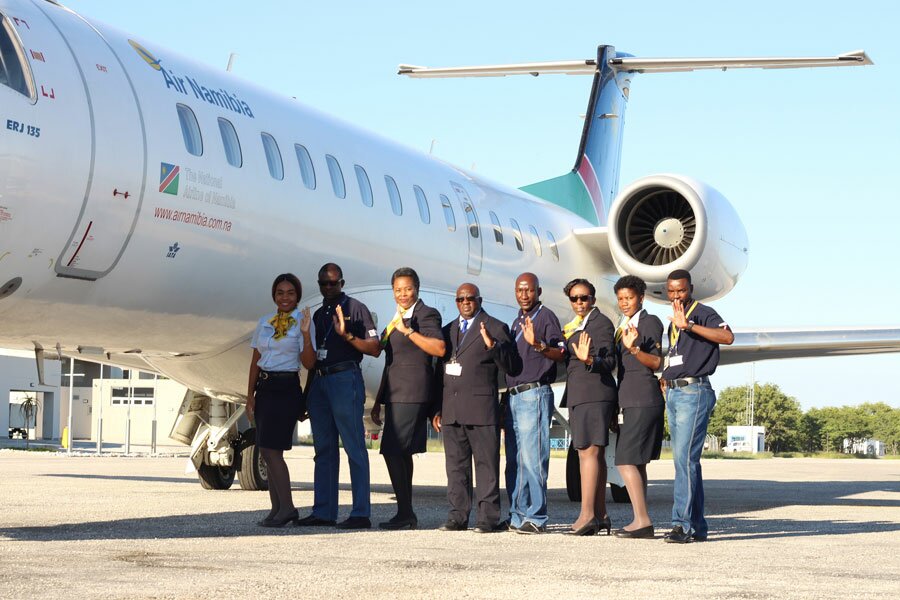